Just under the top, you'll find cross dedicated to the Hungarian soldiers who died here in the winter 1914/15 during heavy fights, when Russian Army tried to get Carpathian Passes, reach Hungarian plains and open the way to the heart of Austro-Hungarian Empire. The inscription on the cross originates from cemtery on Rotunda. There is artillery ammo shell attached to the cross, and I found Hungarian ammo in it (produced in May 1914 by the Manfred Weiss in Budapest).

Geocache is hidden about 20m from the benchmark on the top, in the third big tree. 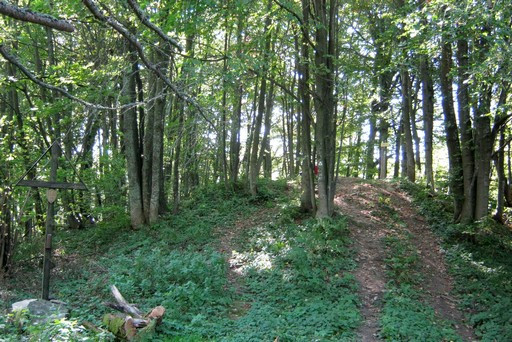