Officially Samborska street on the New Town is the shortest street in Warsaw, it is 22 metres long. But it is in fact only a pedestrian passage, it is not possible to drive through it. But Kołczana street, although is a bit longer (according to the orthophoto of Warsaw, it is 30 metres long) is a “complete” street - it has a roadway, pavement, a few parking places and even a single house stands next to it - it has an unusual address: Kołczana 17 A (it is possible that a second building will arise in the future, as there is an empty plot next to it).

It is not sure if the street is really the second shortest in Warsaw, but it is really one of the shortest ones. Maybe some of you know some other one that is shorter than this ? Anyway, its length is worth underlining by placing the cache here.

The name of the street is also unusual - Kołczana means Quiver street (the thing to store arrows in). Actually, it goes well to neighbouring names of the streets - Jeździecka (Rider street) and Siodlarska (Saddle street).

You can also see here an old Warsaw sign with the street’s name (a navy blue one). Another one can be seen at neighbouring Dębicka street. An old, ruined house used to stand there until recently, but it was disassembled on the beginning of 2013.

In previous location the cache have been demolished several times, so now it will be a quiz cache and its location is changed. To get to know its coordinates it would be necessary to solve an easy (I hope) puzzle about a few shortest streets in Warsaw: 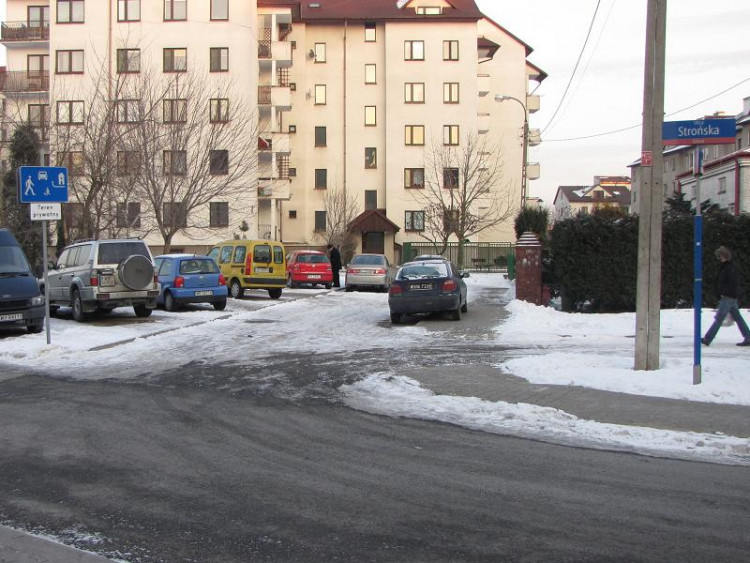