Brama Północy
Main
Main
Description
The Gate of North (also known as the Plock Gate or the Duchy of Warsaw Gate), was the first gate Modlin fortress. It was built between 1809-1811 during the construction of the fortress at the command of Napoleon. That's one of the oldest buildings in the Modlin Fortress. The gate is located between the second and third bastion of the inner wall (but the external wall was buit later), an there was wooden bridge to the gate. To provide additional defence of the gate, the ravelin was built in front of it.

It was the only one gate, but later during expansion of the fortress in the years 1832-1841, the Russians built two other gates (Dabrowski & Poniatowski Gate), and the Gate of North was closed, and changed into artillery tower.. 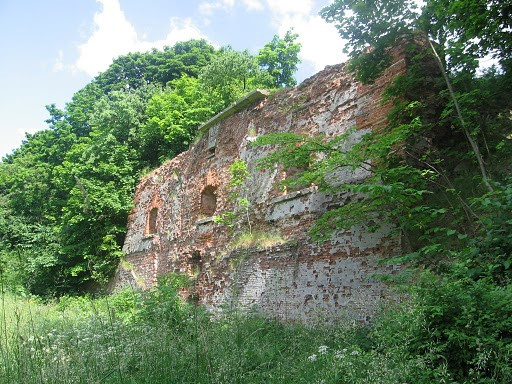