Anti-tank obstacles were part of Molotov Line fortifications, there are stil few remained anti-tank ditches. However, even in places where they don't exist anymore, you can trace them - some are still marked on old topographic maps, ditches leveled and plowed are sometimes visible at satellite images as a slightly different color belt running across the field. Some ditches are now... cemeteries, because the Nazis buried there killed people.

There is one part of well preserved anti-tank trench in the Center of Resistance Prosienica (part of Zambrów Fortified Region). Here you can find soviet secret weapon - combat woodland strawberries! Woodland strawberries cause significant slowing of movement of enemy troops which are stopping, and beginning to eat them. Watch out, it is a trap for geocachers, instead of looking for next geocaches, you may get stucked in a trench full of woodland strawberries.

Geocache? Is buried under the moss-covered, sloping stump on the wall of the ditch. Shovel is useful, especially to hide again geocache in the sand. 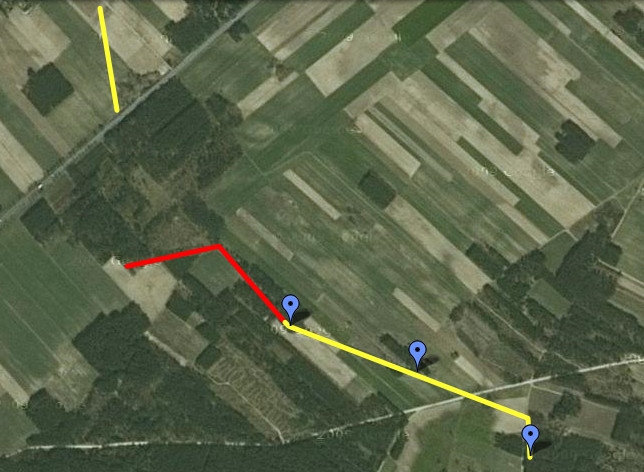